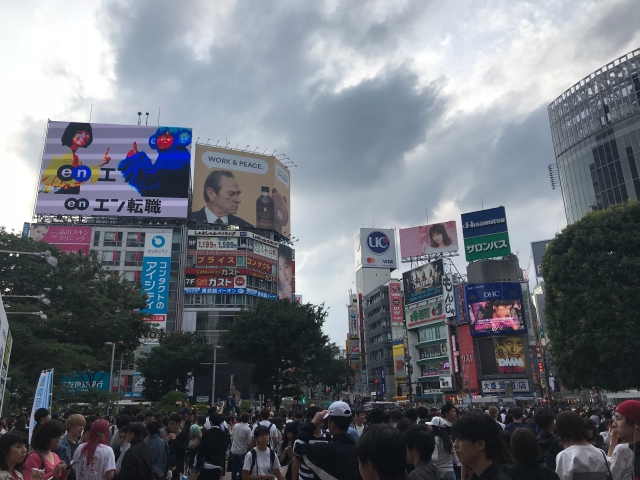 On our second full day in Tokyo, we had a free day to run around as a family. And run around we did…

We got off to a bit of a slow start due to some confusion over the subway (buy a Rail Pass before you get to Japan to not be confused like us), but after a time, we got to the other side of Tokyo to see the Japanese National Museum. Located in Ueno (a neighborhood in Tokyo), the Japanese National Museum is full of cultural and historical pieces and is broken into two main halls: the Asian gallery and the main gallery. 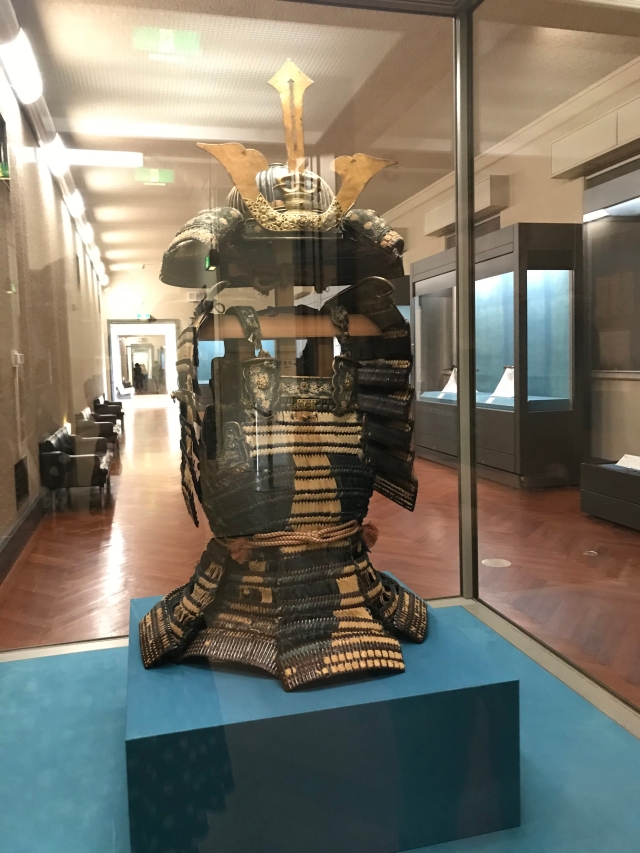 In the Asian gallery, Matthew and I stumbled upon an interactive exhibit where you play an ancient Mongolian fortune-telling game. You play it by picking 1 of 4 small bags, and then roll the animal teeth that are inside said bag (for the museum’s purposes, they were not real teeth). After you roll, depending on which way the teeth are standing, each stance of the teeth “represents” an animal. You add up how many “animals” you’ve rolled and each possibility corresponds with a fortune. It should come as no surprise that Matthew got literally the best fortune that you could possibly get while I….got the worst.

Another fun fact that we learned from the Asian exhibit: the tea ceremony emerged in the Muromachi period (1392-1573) and was formalized in the Azuchi-Muromachi period (1573-1603) by tea-master Sen-no-Rikyu. I hope one day I can be referred to as a “tea master”.

We also went to the main hall where we were planning on seeing the famous print, The Great Wave off Kanagawa by Hokusai. Unfortunately, it was not being shown at that time. That was a bit disappointing, but we were still able to see many other Japanese artworks from many different time periods.

After going through the museum, we headed to Harajuku to eat our very first RAMEN MEAL! We visited Kyushu Jangara Ramen because I had heard about it in my previous research and also Kazumi-san recommended it to us because it has a vegan ramen option! Once we arrived, we found that there was a nice mix of both locals and tourists (probably also there because of the vegan ramen option). This was the first (and only, sadly) ramen of our trip and was totally some of the best ramen I have ever had. Dad even finished his entire bowl! 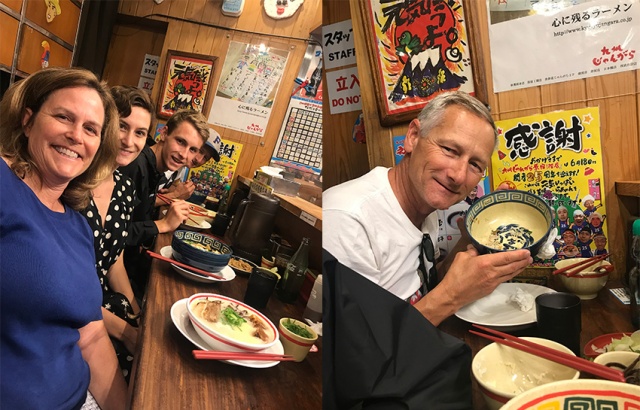 After ramen, Matthew and I wanted to go shop. And boy, did we shop. We went to both Supreme stores in Tokyo (one in Harajuku and one in Shibuya), X-Girl, Club Park, a “California Surf” store (aka they sold Vans and other Californian brands), and much more. It was really cool to walk the back streets of Harajuku and Shibuya just to see what random stores we could stumble into. We spent the most of our time on Harajuku Jinguamae, and I would highly recommend taking a walk through it, even if you aren’t interested in Japanese street fashion. Matthew and I both donated a lot of money to the Japanese economy, but we both came back to American with new, cool wardrobes.

On our way to dinner, we walked through the infamous Shibuya Crossing which was just as insane as you would imagine. Even though we were not there at a super busy time, it seemed like the entire population of Seattle was walking through the crosswalk with us. Matthew took a lot of videos and I only happened to get this picture and the picture at the top of this blog.

After our very full day of shopping, we had dinner at La Siesta, and I do not think I am offending anyone in my family when I say it was a trash dinner. The waitress didn’t understand English and we made it harder on her by speaking over each other and cutting into other people’s sentences when she was trying to understand the other person. We ordered 2 pizzas and some vegetables and ended up with only 1 pizza and some vegetables… We shouldn’t have tried to get non-Japanese food in Japan. BIG MISTAKE!

After that, I had had enough and needed to go to sleep since the jet lag was hitting hard. Somehow, the rest of my family wasn’t dying and decided that they wanted to go back to Shibuya Crossing to see what it looked like in the nighttime. Meanwhile, I enjoyed my extra three hours of sleep 🙂

Sadly, this was our last full day in Tokyo, as day 4 we moved on to Hakone! Stay tuned for the last bit of Tokyo and more about the serene Japanese countryside.